Evang. Lawrence Oyor, a gospel music minister was born on May 14th 1991 to a Christian home based in Ibadan, a city in Oyo state in the western part of Nigeria, pre-dominant by the Yorubas. He was born with a twin into a family of four where both parents are clergymen. Lawrence is 28-years-old as of the time of this article in 2019.

Lawrence Oyor is a young passionate lover and seeker of God owns a Ministry called Davidic Minstrels. According to Lawrence, Davidic Minstrels is a global movement by the Oyor twins – Lawrence Oyor and Godswill Oyor (Lawrence Oyor’s brother). The movement is to awakening hearts to worship God and demonstrate his love and power. The group released a Christian album titled – Sound War 1which consists of several gospel songs and chants. 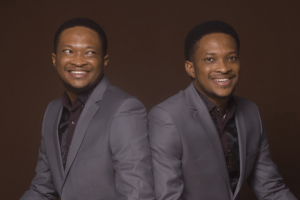 Video : This is Living Bread Living Water by Lawrence Oyor